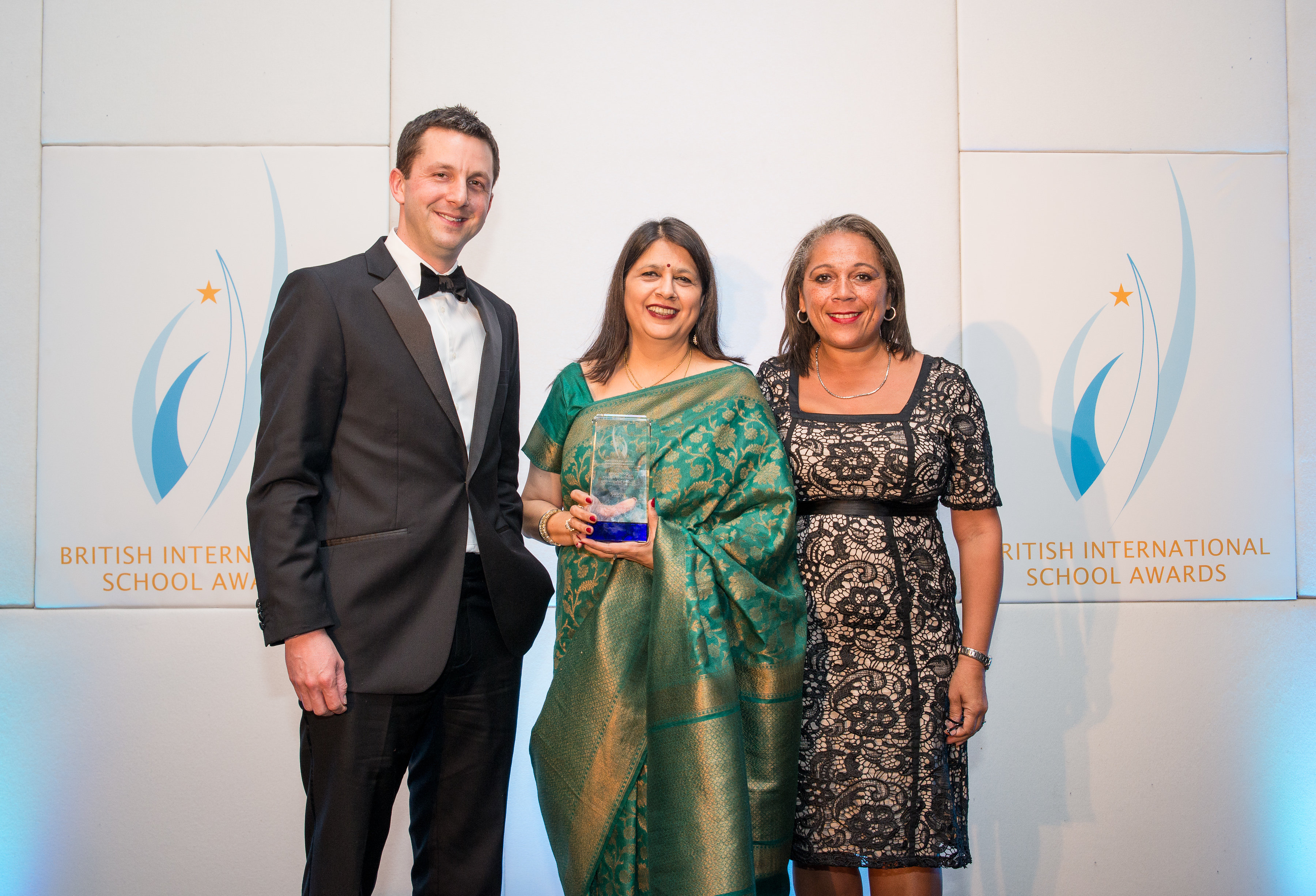 British International School of the Year 2018 was awarded to the British School in New Delhi, India. Expanding from 250 to 1,200 students, the school is accredited and recognised by 15 reputable education organisations, achieving exceptional results at IGCSE and IB Diploma, and is considered to be one of the best British schools in the world as well as one of the best schools in India. Its digital citizenship outreach project, which supports student safeguarding, and involves both students and parents, has been independently accredited by the Common Sense Education Accreditation Team which described the school's dedication to teaching young people how to be safe, responsible digital citizens as inspirational. School Director, Ms. Vanita Uppal OBE received her award from Ms. Emma Goodwin, CEO of WCBS. 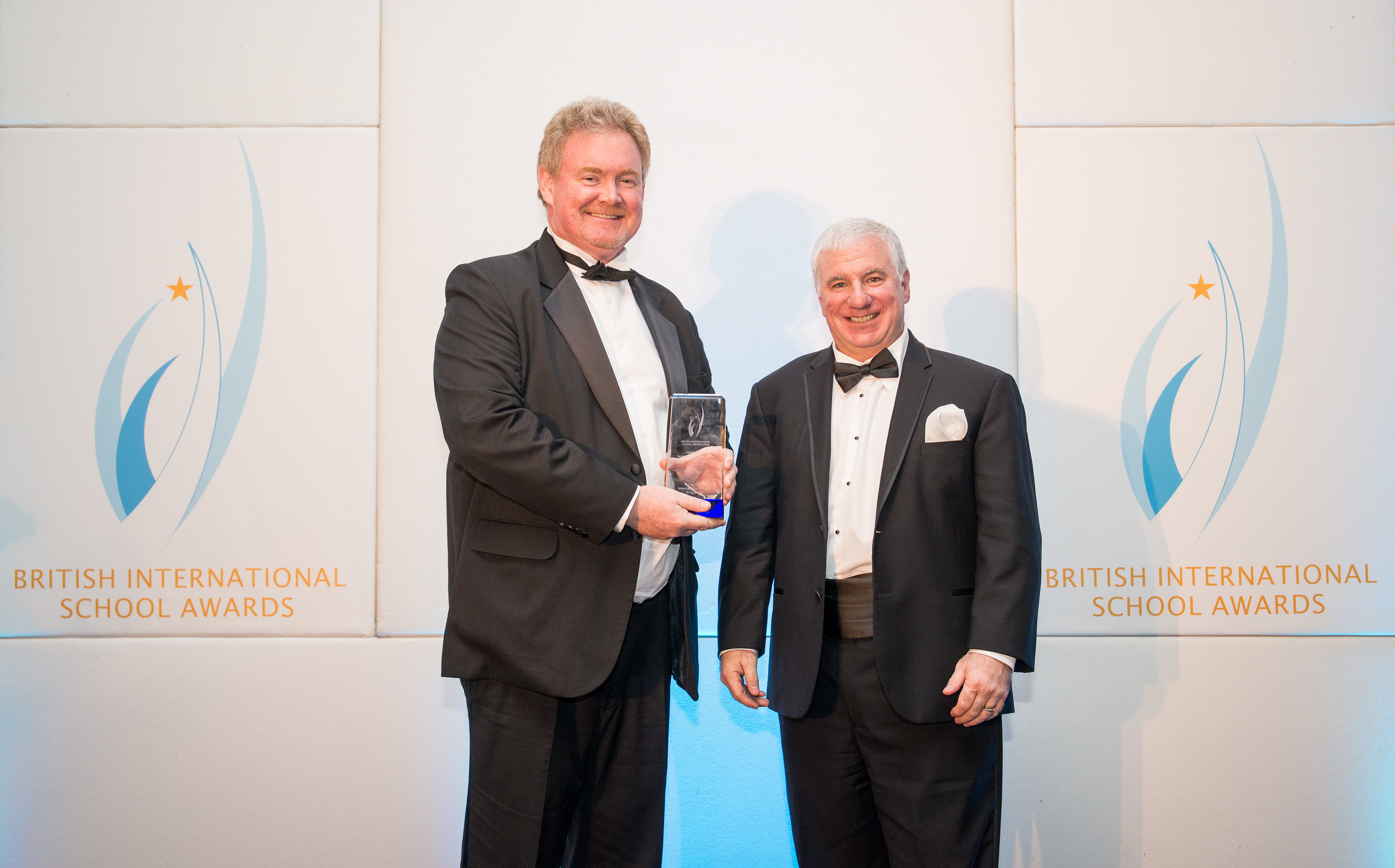 "There are some exceptional initiatives that British schools are making independently, all around the world," said Emma Goodwin. "International schools, large and small, frequently amaze us with their innovative and rigorous educational approaches and commitment to sustained best practice. It often takes platforms like the International School Awards to raise the profile of these initiatives to a level that all schools can learn, benefit and be inspired from."

In the category awards, the British International School in Chicago, US was recognised for Creativity in Learning. The school has set up a STEAM (science, technology, engineering, arts and mathematics) corridor which includes science labs, art studio, robotics workshop, design technology lab and a maker space to encourage students to move from room to room gathering inspiration, materials, skills and advice to bring their ideas to life; an approach that is developing academic, social and personal success amongst its students.

Harrow International School in Bangkok, Thailand received the Outstanding Community Initiative for training 300 teachers at refugee camps on the Thai/Myanmar border since 2010. 140,000 refugees live in camps along this border with extremely limited educational provision. For the past seven years, staff from Harrow Bangkok have worked with Mobile Education Partnerships, a UK charity, to offer Cambridge examinations, educational support and community initiatives to these camps. 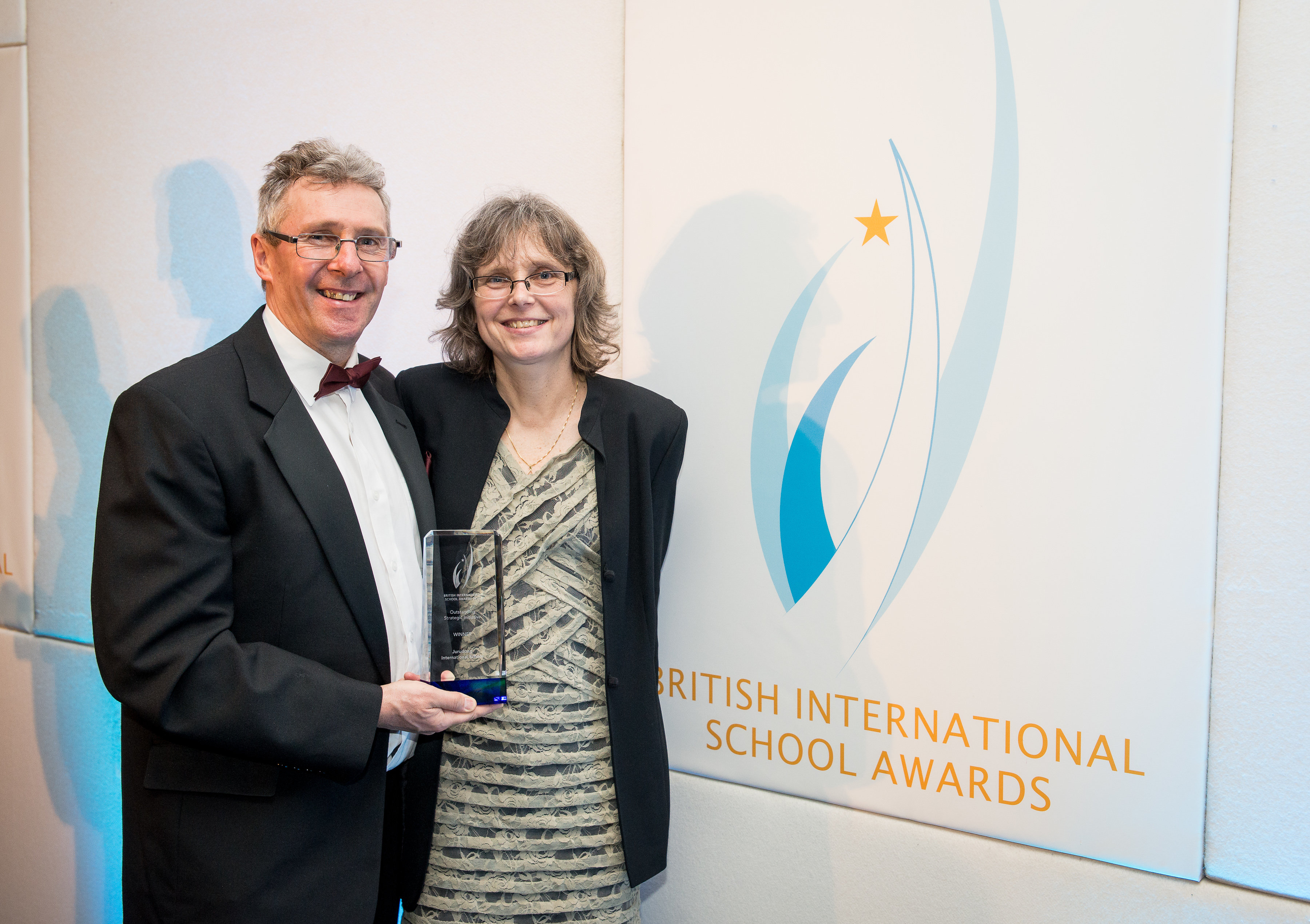