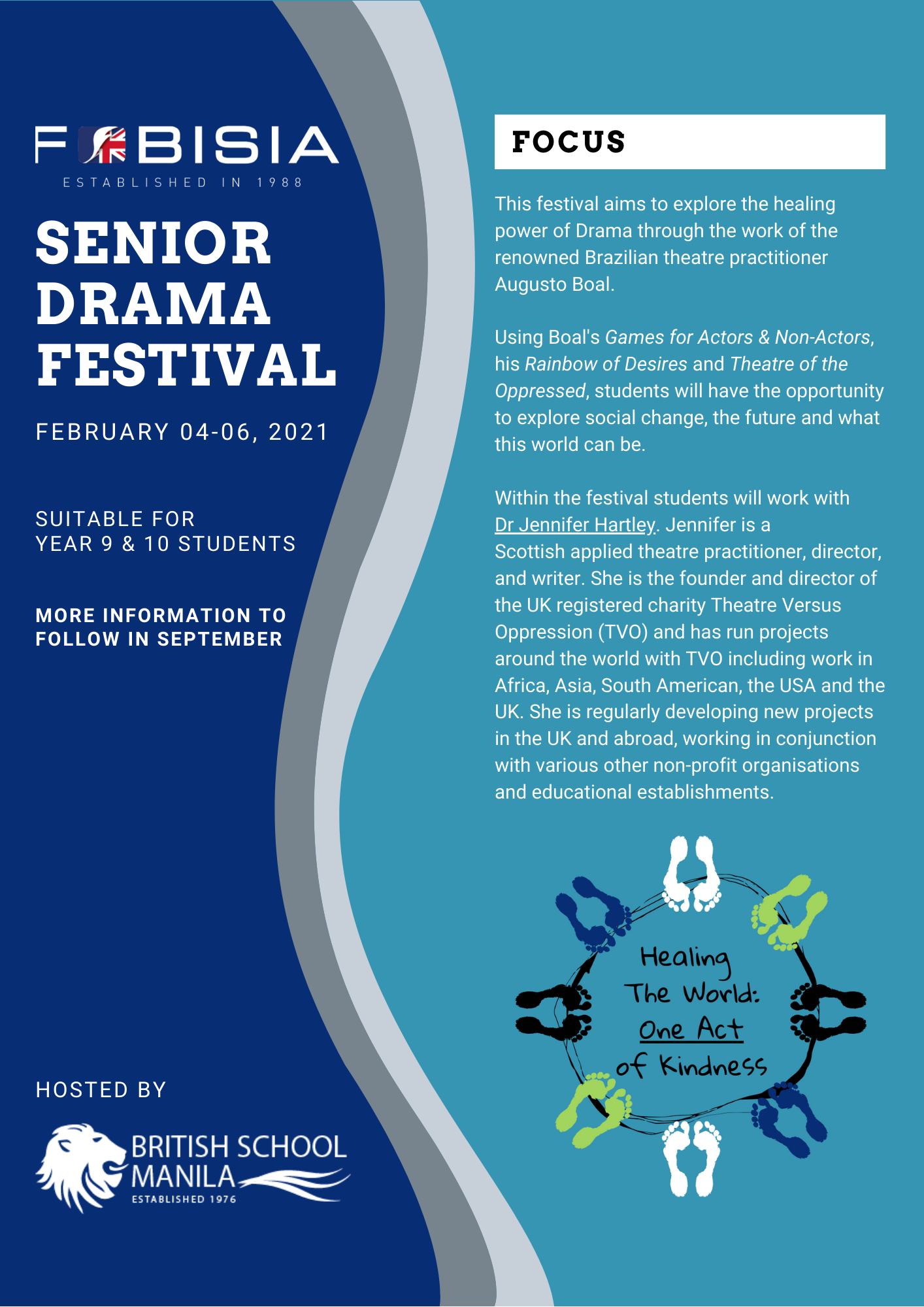 Due to Covid-19 the KS3 (Years 7&8) Festival to be held at British School Jakarta had to be cancelled.

A Junior and Senior Festival is due to take place in 2021. Please watch this space for more information very soon.

All The World's a Stage - Regent's International School Bangkok - February 2020 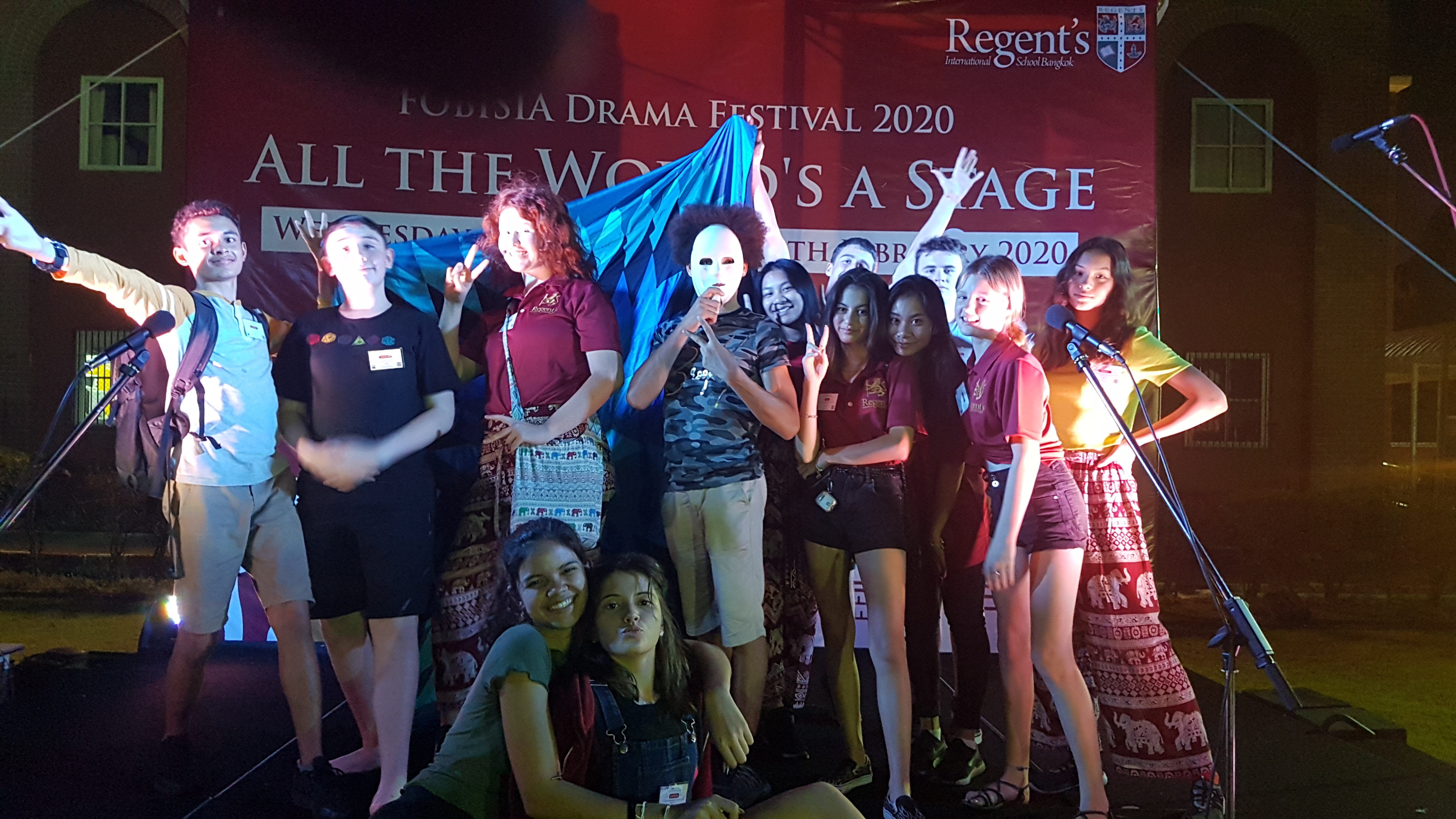 Under very difficult circumstances, due to the emergence of the COVID-19 pandemic, on Wednesday 26th February, this year’s FOBISIA Drama Festival went ahead with a number of schools across Thailand.  Despite many international schools that had planned to participate in the festival, now unable to, the festival was a remarkable success and the participating students got to enjoy the full programme exploring styles of theatre from all over the world; including working with world renowned Commedia dell’Arte performer and director Marco Luly, Experience the choral movements of Ancient Greek Theatre, the British tradition of Pantomime and the importance of morality plays. Students were also treated to a performance of traditional Hun Lakhon Lek puppet theatre by Sippatham puppeteers, who also ran a masterclass on operating the puppets.

One of the main events was the trip to Siam Niramit to watch a spectacular Thai Khon performance that delved into the myth and mystery of Siam's history. On the final night the students let their hair down as they adorned each other in paints and glow in the dark accessories for our beach party inspired UV disco.

Food was ever present, with a world streetfood theme, with stalls cooking on the premesis dishes that ranged from Spanish tapas, to American burgers, from pad Thai to a good old British fish and chips.

The culmination saw the groups take to the stage to put into practice all they had learned, retelling Shakespeare's play As You Like it using influences from all around the world to do that. The performances were high quality and amazingly creative, utilising all the new skills taught over the half week festival.

While it was a shame that not more students were able to attend, the ones that did had a great time. We may have been small, but we were mighty!

In addition to this, the students had company time where they were able to take what they have learned from the workshops and practically apply it in their creation of original theatre. All the attending students were separated from their schools and were disseminated amongst eight different acting companies where they had to work together in order to create short dramatic pieces based on one of five Classical Greek texts:   Oedipus by Sophocles; Agamemnon by Aeschylus; The Bacchae by Euripides; Antigone by Sophocles and Medea by Euripides. These drama pieces were then shown to the audience on Saturday, 2 March. The Fobisia Drama students produced very impressive work with outstanding achievements with the performances being viewed as a celebration of drama; not a competition. 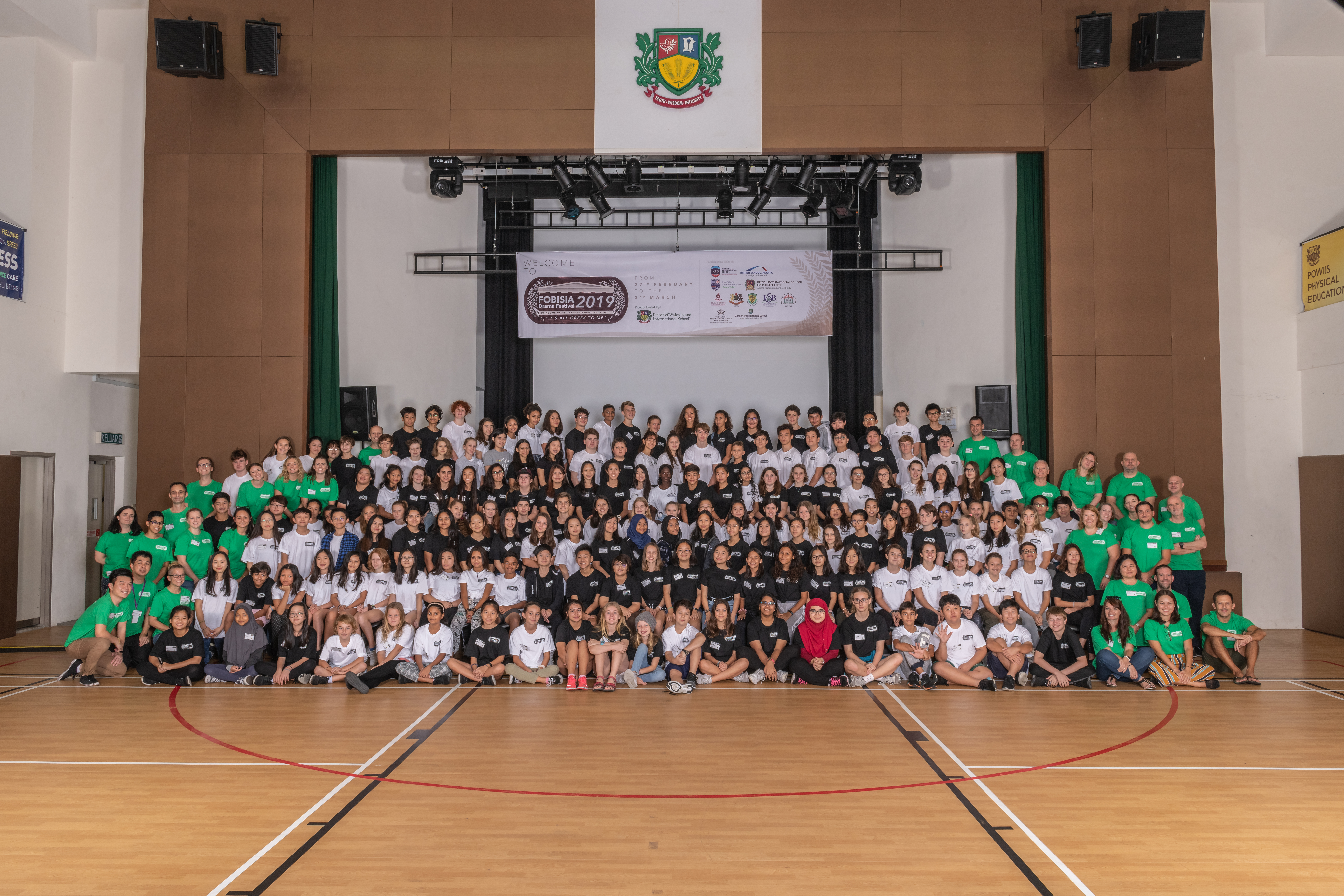 This year saw Bromsgrove International School, Thailand host the biggest FOBISIA Drama Festival to date with 14 schools attending and 197 students. The theme 'Sam, same but different' reflected the host country but also saw students work in the styles of 5 key

Theatre Practitioners to perform some highly engaging and sophisticated work on the Sunday. Each company told the same Thai folks story but used different techniques to explore it. As well as the usual Gala Dinner, the participants were treated to a wonderfully authentic Thai night at the grounds of Bromsgrove which included Thai Dance, street food and fireworks

The overarching theme Mind the Gap reflected the desire to find ways to bridge the gap between generations, cultures, beliefs and attitudes and describe a framework that would enable young people from across the continent to work together, to take risks and to take a leap of faith into a way of working that they might not have experienced before.....for the full article please see here. 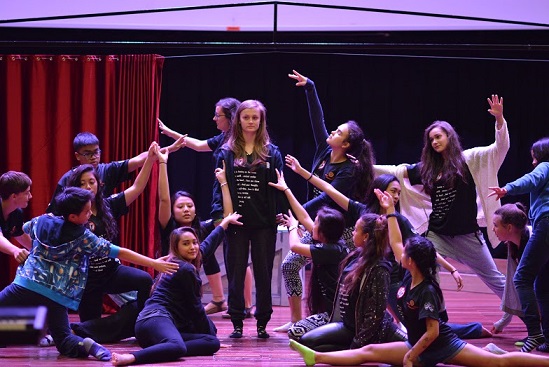